Do It Justice – The Leica camera Blog


Commercial film director, Nate Townsend shares an intimate piece of his visual journey where legacy transcends the test of time. A story of heritage and craft, Nate’s film is a cherished memento dedicated to preserving the passion of photography passed from father to child.

1. Tell us a bit more about the story that inspired this piece.
Last year, my father died of cancer two weeks after an unexpected diagnosis. He was sixty-two years old. After his loss, I knew the healthiest way to grieve was to create something. That’s a lesson that I learned first hand from him. Without much of a plan, I decided to take a drive from Charleston, SC, where my father was born, to his hometown of Jacksonville, FL, and photograph the trip.

Taking the backroads through this region proved to be immediately soul-stirring. Between the tunnels of cypress trees, vine-covered church houses, centuries-old plantations. It was a dramatic collision between life and loss, historic and forgotten, haunting and beautiful. I took my time to photograph the most compelling scenes. “Do it justice” my dad used to say.

When I finally arrived at the modest brick house on the St. Johns River, it was nearly unrecognizable. It had been a few years since my grandparents passed away, and the familiar house they raised my father in was now renovated, and home to a new family. The owners came to the door and graciously toured me around, warmly pointing out the things that they left unchanged.

The tour ended at the dock in the backyard, where I was surprised to find my grandfather’s old rowboat–a staple of my childhood, and my father’s childhood before me–bobbing on the water’s surface. With a fresh sand and paint job, the rowboat was born again, eagerly awaiting a new generation of passengers. It was a heartbreaking reminder of what was lost but left me with tremendous gratitude. At that moment on this lonely journey, my father didn’t seem so far away.

When I returned to Los Angeles, I felt compelled to take the reflections from my trip and turn them into a film. I wanted to explore loss, legacy, and the passing of craft between generations. I wanted to pay tribute to my father, and share the mantra he lived by, that artists should always be creating, especially during times of adversity.

Tom Townsend emanated kindness and love everywhere he went, illuminating even the darkest paths crossed. Learn about his legacy in an article by AdWeek here.

2. What camera did you use on this trip?
I used the Leica M4 that I inherited from my father with a 35mm Summicron V3.

3. Did you and your father collaborate often? What were some of the ways he influenced your filmmaking and photography?
My father was and continues to be my greatest creative influence. I grew up surrounded by his photographs, writings, music, and commercials, and by the time I started creating myself, his aesthetic and perspective were deeply instilled in me. As my work has continued to grow and evolve, I’ve found that my father’s influence lies most powerfully in the way I approach my creative endeavors. My father pursued his many crafts with unrelenting courage and honesty, never hesitating to open his whole heart to his audience. This allowed for each of his works to feel deeply personal and purely authentic, an objective to which I always aspire.

Among the most rewarding projects, we collaborated on was a commercial for my father’s non-for-profit Pianos for People—a foundation based in St. Louis that offers free pianos and lessons to the community. In collaboration with Rodgers Townsend/DDB, we made a short film starring Royce Martin, a star student of PFP who’s now studying film composing at Berklee College of Music. My father and I, along with Director of Photography Kyle Krupinski, decided to shoot this on Super 16mm film. In addition to its stylistic attributes, shooting film forces you to approach each take thoughtfully and carefully. That added pressure to “get it right” brings the most out of me and everyone on set, and is the reason I love using the Leica M4-2 for photography.

4. Why did you choose to make the film about Leica?
My background is in commercial filmmaking, and my father was a career marketer, serving as VP and creative director at DMB&B (D’Arcy Masius Benton & Bowles) before starting an agency of his own — now called Rodgers Townsend/DDB. My father brought a unique level of honesty and integrity to advertising and used his craft to find and tell the stories of companies, products, and institutions that he believed in.

It was an easy and honest decision to build this story around Leica Cameras. Not only has Leica played a pivotal role in my story, but as a brand, has a deep commitment to the values I wanted to explore– legacy, craft, and resilience among them.

5. What’s on the horizon for you? Where can we find more of your work?
My main goal is to be creating meaningful, narrative-driven content as often as I can. I look forward to growing further as a commercial film director and also writing and directing non-branded stories.

To see more of my work, or if any of your readers have any questions or thoughts for me, I’d encourage them to visit my website: www.natetownsend.com.

Top 5 Nutrition Forums, Discussions, and Message Boards You Must Follow in 2021

Top 5 Recycling Forums, Discussions, and Message Boards You Must Follow in 2021 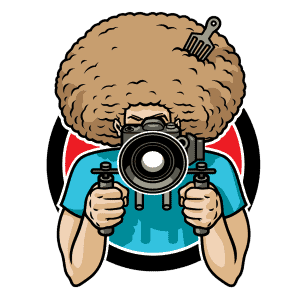